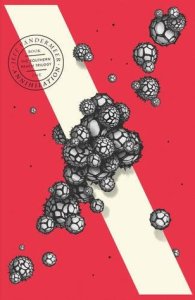 I sped through Annihilation recently and wanted to share some quick thoughts about this first book in a really exciting sci-fi trilogy.

Welcome to Area X. An Edenic wilderness, an environmental disaster zone, a mystery for thirty years.

For thirty years, Area X, monitored by the secret agency known as the Southern Reach, has remained mysterious and remote behind its intangible border– an environmental disaster zone, though to all appearances an abundant wilderness. Eleven expeditions have been sent in to investigate; even for those that have made it out alive, there have been terrible consequences.

‘Annihilation’ is the story of the twelfth expedition and is told by its nameless biologist. Introverted but highly intelligent, the biologist brings her own secrets with her. She is accompanied by a psychologist, an anthropologist and a surveyor, their stated mission: to chart the land, take samples and expand the Southern Reach’s understanding of Area X.

But they soon find out that they are being manipulated by forces both strange and all too familiar. An unmapped tunnel is not as it first appears. An inexplicable moaning calls in the distance at dusk. And while each member of the expedition has surrendered to the authority of the Southern Reach, the power of Area X is far more difficult to resist.

Annihilation is the first book in the Southern Reach trilogy by Jeff VanderMeer. It follows four women, identified only by their job titles/roles (biologist, psychologist, anthropologist, surveyor), into a barely chartered territory – Area X. Over the past thirty years there have been multiple expeditions into Area X to try and find out exactly what happened to this land, what threat it poses to the rest of the world, and if anything can be done about it. After the failure of all previous expeditions this one, the twelfth, is narrated by the biologist who tells of the strange occurrences they encounter. Not all is as it seems though, and the biologist begins to wonder if their training was enough to prepare them for such a perilous mission.

I first heard of these books when I saw the UK publisher, 4th Estate, posting pictures of the new paperback covers. 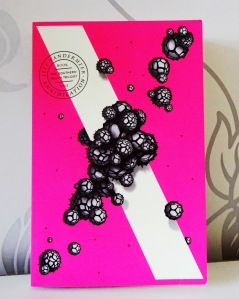 They’re gorgeous, they caught my eye, and had me utterly intrigued. After reading the blurb of Annihilation I tucked the desire to read them into the back of my mind until a couple of weeks later when I saw them turned out at my local indie bookshop, Pritchards. I picked the first up, remembering that I’d thought it sounded interesting, and stuck it on my TBR shelf. I’m so glad I bumped it up my agenda and decided to read it quite quickly. It’s a swift read, I rushed through it in two short sittings, and found it extremely enjoyable, if not a little creepy and unsettling.

I know I’m not an expert when it comes to the genre, but I’m certain that this is sci-fi at its best, its most compelling, and most accessible. VanderMeer’s wilderness descriptions are beautiful, eerily so when paired with a terrifying story line. It mixes psychological thriller elements with nature writing so seamlessly but I was quite shocked I enjoyed such a mix. With a lot of scientific jargon thrown in there too, I can understand if some readers don’t find it as interesting as I did, but I think the juxtaposition of objective observation with delicate depictions of nature created a nice balance. The narrating biologist is rather focused on her research yet divulges emotional insights, history, and motivations throughout the book, so this parallels quite nicely between character and setting.

A lot happens in such a short book, which made me feel quite on edge and tense while reading it. Thankfully, the tenseness only lasted for the 195 pages, otherwise I think I’d have needed a massage when I finished! The second book in the series, Authority, follows what happens immediately after the twelfth expedition into Area X back in the command centre of the government facility in charge of the whole operation. I just started reading it today and can’t wait to report back on that one too.